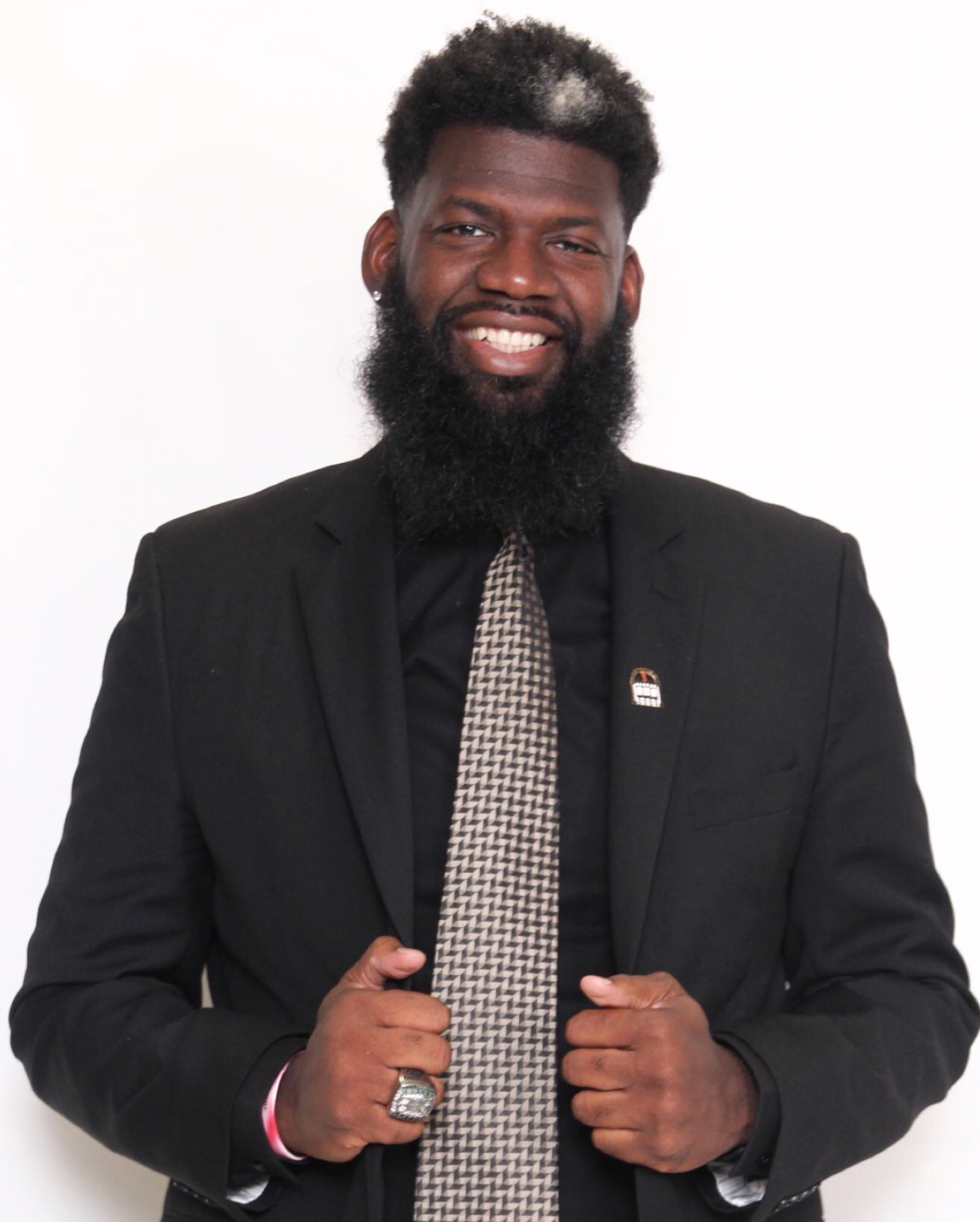 Akbar H. Cook Sr. was born and raised in Newark’s West Ward. He attended Essex Catholic High School, where he excelled as a student and basketball player. Mr. Cook attended St. Catherine’s College in Kentucky on two basketball scholarships before graduating with a Bachelor of Arts degree in Education from Florida Atlantic University, a Division 1 University in Boca Raton, Florida. He went on to receive a Master’s Degree in Administration and Supervision from St. Peters University in Jersey City in 2006.

Mr. Cook’s love for children and basketball led him to Newark Vocational School in 2008, where he became head coach of the Boys’ Basketball Team, and in 2012, he was named Vice Principal of West Side High School. Mr. Cook is well known for having a stern, yet caring presence in the lives of many of Newark’s youth. His desire to uplift and educate children is always at the forefront of his work in Newark Public Schools. Mr. Cook’s passion to improve his community and impact children’s lives has led him to volunteer in food kitchens and participate in Christmas tree and toy drives. He also organizes recreational activities for Newark Public School students and works closely with the Newark Police Department to ensure safe transportation for all students after school functions. Three summers ago, Mr. Cook started the “Lights On” Program at West Side High School from the peak hours of 6-11 pm, to ensure that our students and other young adults in the community are safe during peak crime hours. His vision for Lights On became a reality after he lost students to gun violence.

Mr. Akbar Cook was named the Principal of West Side High School for the 2018-2019 school year! One month into his new role as Principal, Mr. Cook had his grand opening for a laundromat at West Side High School which was his project to help ameliorate bullying concerns for students who were displaced and had no funds or access to washing machines. The bullying resulted in excessive school absences and after the laundromat installation, the attendance rates increased significantly. The initiative has been named “Washing Bullying Away”.

After being featured on The Star ledger, the success of the newly installed laundromat reached the producers of The Ellen DeGeneres Show who invited Mr. Cook as a guest of the show where he secured over $100,000 from DeGeneres and a year supply of food from General Mills for the food pantry. After being featured on the Ellen DeGeneres show, Oprah Winfrey made a guest appearance at the Lights On program and granted the program $500,00 to continue the legacy at West Side High School. In addition to serving as a Principal at West Side High School, Mr. Cook also serves as Program Director of Greater Newark’s LifeCamp; a summer camp for inner city youth. Mr. Cook and his wife Sheridan, are the proud parents of Yasin, Akbar, Jr. and Ahmad.